Tianshan.com was awarded the Advanced Collective of "Tianshan Reading Festival" 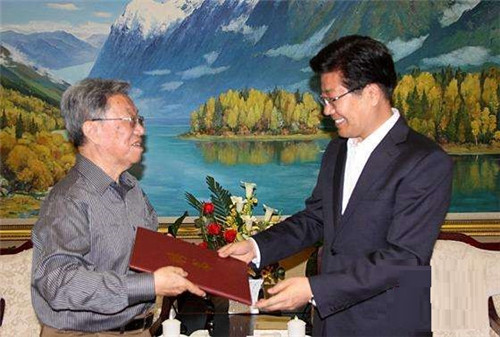 Books are an important carrier for disseminating knowledge and inheriting civilization. Reading is an important way for people to gain strength and cultivate their minds. Since the "Tianshan Reading Festival" was held in 2005, Tianshan.com has dispatched elite soldiers to make unremitting reports, and has produced special topics on Tianshan.com, giving strong reports on the event itself and the dynamics of Xinjiang writers, and timely for new books and new works. The promotion and display on the Internet gave play to the advantages of online media, expanded the social influence of the "Tianshan Reading Festival", attracted more people to participate in reading, and provided a powerful platform and a powerful Supported by public opinion, welcomed and praised by readers of all ethnic groups.

Tianshan News (Reporter Wang Tao Photography Report) On May 23, the sixth Xinjiang "Tianshan Reading Festival" was launched in Xinjiang Xinhua International Book City in Urumqi. .. Wang Meng, the writer and former Minister of Culture, brought his "Hello, Xinjiang" and other series of books to the scene and signed the book for sale, which added glory to this Tianshan Reading Festival.

Since it was held in 2005, the "Tianshan Reading Festival" has become one of the major festivals expected by people of all ethnic groups in Xinjiang. The "Tianshan Reading Festival" activities carried out in-depth Marxist "five views" education, education of the socialist core value system, and "the love of the great motherland, building a beautiful homeland" theme education activities, carried out a correct understanding of Xinjiang's "three history" reading in party and government organs Activities, in a large number of agricultural and pastoral areas, "Shuxiang floating farmhouse, co-construction of a new countryside" excellent book recommendation, special exhibitions, exhibitions and other activities, a series of topics with clear themes, close to reality, and widely participated by all ethnic groups.